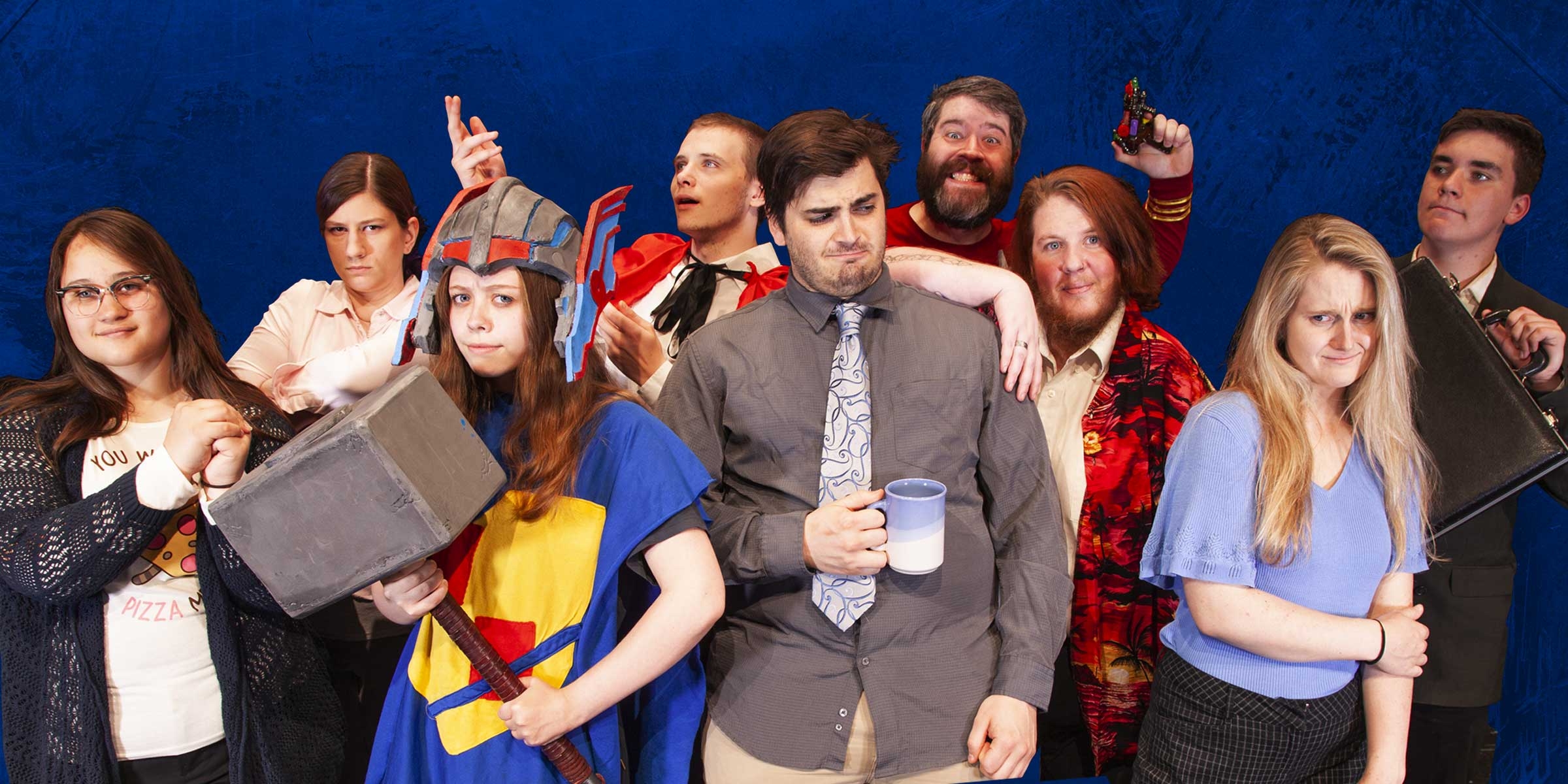 a night of one acts

This show was a huge success and a lot of fun, especially given it was the first in-person stage show since December 2019

Collections tells the story of a group of workers at a call center on what might be their last day before their branch shuts down. Just because they are bad at their jobs doesn't mean they will go down without a fight! This fast-paced comedy has lots of laughs and lots of absurdity. That is unless you've worked in a call center, then you might have actually met these characters before.

School Spirit is about different groups of people who break into a local High School on a Saturday. They may have all broken in for their own reasons but they have one thing in common, a ghost that doesn't want them there! Join these teachers, janitors, students, nerds and graduates as they find out it is easy to break-in, getting out is the hard part. This comedy is co-written by first-time local author Toi Lyn Flick.

Doctor Vile is about the eponymous villain and his efforts to get into the villain's union, V.E.N.O.M. The only thing standing in his way is an over-the-hill super spy, potential love, an evaluator who has no time for his nonsense and a whole bunch ofincompetence. Don't worry though, he won't let that stand in his way. This comedy was co-written by local theater director Nathan Schreier.

Mr. Brawn is referring to V.E.N.O.M. Villains Evil Network Of Malignancy. We are a union that allows professional villains all across the globe to pool resources, share secrets, technology, that sort of thing. We are top tier villainy.

The Show Must Go On: A Night of Comedic One-Act Plays Cast

The Show Must Go On: A Night of Comedic One-Act Plays Creative